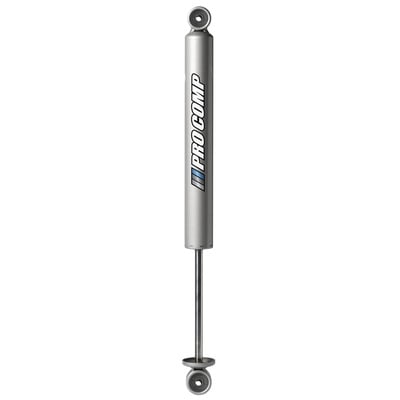 Take the next step-up in off-road performance with Pro Comp PRO-M Monotube Shocks. These Shocks deliver fast reaction and performance with consistent ride quality whether you?re on an off-road adventure in tough terrain or on the road home back to the city. Featuring an internal floating piston to separate oil from the nitrogen gas charge to eliminate performance robbing cavitation and multi-stage valving to optimize the ride and handling characteristics for each application. The 2.0 shock body provides increased oil capacity to improve heat dissipation during off-road use and the all-new wiper seal design ensure your shocks will never leak. Pro Comp PRO-M shocks are built for having fun off-road and delivering a smooth ride on-road.

At Pro Comp, we know you have many choices when selecting products to personalize your vehicle. You should demand nothing but the highest quality available and have total confidence that the products you selected are the best in the industry. It is for these reasons that Pro Comp Suspension products are backed by the best warranty in the industry…the Pro Comp Promise!